In the almost five decades since the Roe decision, science has come a long way. By 15 weeks, children in the womb have fully formed noses and lips, eyelids and eyebrows. Isn't it time the law reflects the science?

The Hyde Amendment and policies like it have for decades saved lives by blocking public support for abortion. But now President Biden (who supported these measures for decades in Congress) wants to repeal these life-saving policies.

Most Pro-Abortion Administration. Ever.

Joe Biden, Kamala Harris, and their pro-abortion allies in Washington are determined to use the White House to force taxpayer funding of abortion, coerce pro-life medical personnel to participate in abortions, expand the Supreme Court and more. 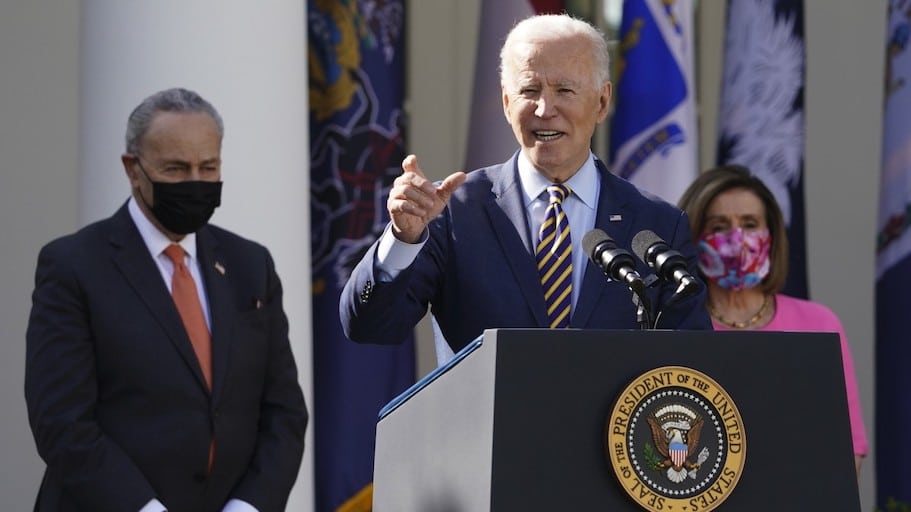 We find ourselves in a tremendous moment during the struggle to end abortion. For the first time in decades, there is a nearly universal feeling of hope among pro-life advocates as states advance an unprecedented number of bills that protect women and unborn children. Their optimism is boosted by the prospect that these laws will face a Supreme Court that, for the first time in a long time, seems more favorable toward states’ legitimate interest in protecting innocent life. 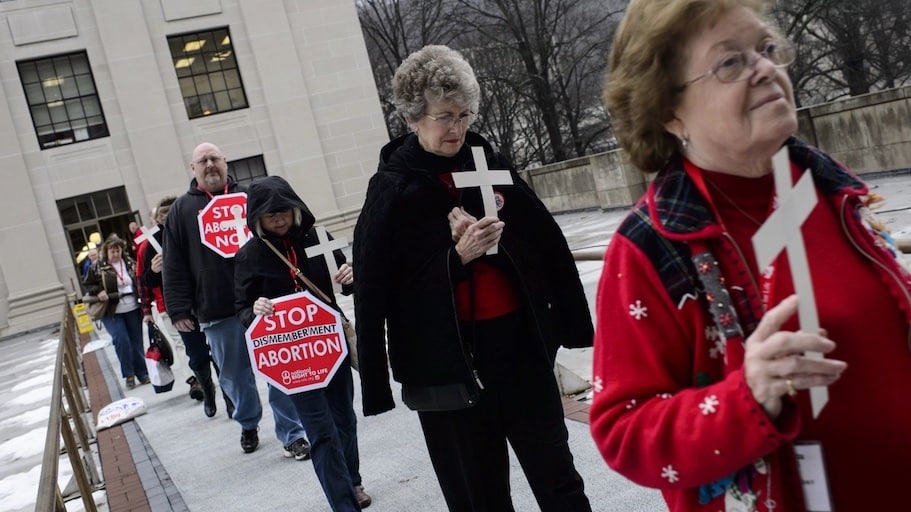 Haley, Dannenfelser: Why Does America Lag Behind the World on Unborn Life?

The first inalienable right mentioned in the Declaration of Independence is the right to life. Yet America, which enshrines that right in our founding document, does a worse job of protecting unborn life than most other countries. The Supreme Court now has a chance to begin ending this injustice and ensuring that America lives up to its promise.

"Some of this bill's supporters like to call pro-life Americans extreme. Let me tell you about extreme." @RepWalorski shares about Indiana abortionist Ulrich Klopfer who kept the remains of 2,411 aborted children in his garage #WHPAfacts pic.twitter.com/reNhPSSvCL

We need this pro-life mom to become the next Lieutenant Governor of Virginia! @WinsomeSears is running against the most radically pro-abortion ticket in VA history. The choice couldn't be clearer. #valg21 #VApol #SBAListEndorsed pic.twitter.com/5z9gLBwtwQ

Tomorrow the House will vote on Pelosi's so-called "Women’s Health Protection Act" (better titled the Abortion on Demand Until Birth Act) The bill would wipe out common-sense pro-life laws and create a federal right to abort babies for any reason through all 9 months #WHPAfacts pic.twitter.com/S8pNiG2b4k

UK judges uphold lethal discrimination against those with #Downsyndrome "We face discrimination every day in schools, in the workplace and in society. Thanks to the verdict, the judges have upheld discrimination in the womb too." - Heidi Crowter, 26 news.yahoo.com/woman-down-syn…

Thank you @Mike_Pence As the most pro-life vice president in history, you are a big part of the reason this goal is finally within reach It's time to follow the science & #ModernizeOurLaw More at from @KaelanDC at @dcexaminer: washingtonexaminer.com/news/m… pic.twitter.com/4AewqvcwF3

.@SenatorLankford, @SteveDaines, @HawleyMO, @RepLisaMcClain & @RepBlaine lead 58 members in letter demanding a DOJ investigation into @PittTweet after report shows they may have harvested organs from babies who were old enough to live outside the womb: lankford.senate.gov/news/pres…

Tune in to @OANN tonight at 8pm ET as @Dadkurt & Chloe Kondrich join @DanNewsManBall to talk about Biden’s vindictive decision to fire a #Downsyndrome rights advocate and father of a Down syndrome teen from a presidential advisory council on disabilities twitter.com/DanNewsManBall…

Find Out Where Your Legislators Stand on LIFE

Ahead of the 2020 election we have launched the Susan B. Anthony List National Pro-life Scorecard, a new tool for holding members of Congress accountable for their legislative records on life and highlighting leadership in the fight to protect unborn children and their mothers.

Buy CBD gummies online, they work great for anxiety. Top brands to choose from include Royal CBD and Charlottes Web.

Latest from the Newsroom

PRESS CALL TOMORROW: SBA List President to Address Media Ahead of Vote on Biden-Pelosi “Abortion on Demand Until Birth Act”

“The American people are eager to modernize our laws to reflect decades of science showing that unborn children are as human as you and me. Abortion is not health care and the deceptively-named ‘Women’s Health Protection Act’ is about propping up the abortion industry, not protecting women,” said SBA List President Marjorie Dannenfelser.

“We’re proud to stand with Attorney General Lynn Fitch, Solicitor General Scott Stewart, and the people of Mississippi as they champion life at the Supreme Court. It is time to follow the science and modernize our laws.”

Watch the new weekly pro-life TV show that not only updates you on the latest updates in the fight for LIFE, but provides you with opportunities to take real action to end abortion. Thursdays at 10pm ET on EWTN.

The Susan B. Anthony List team fights for the election of women and men who will fight for life. We fight for laws that safeguard the innocent, and we develop research to demonstrate the good that flows from society from their protection.