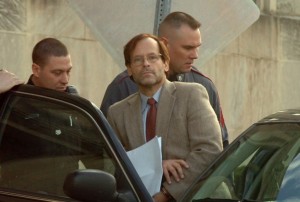 “Inside a dingy storeroom, officers pried open a freezer filled with red bio hazard bags that contained thirty-five advanced-gestation fetuses—medical remains that had not yet been disposed of. Some of the fetuses were past twenty-four weeks’ gestation, the point of viability. This ghoulish discovery triggered a grand-jury investigation…” – The New Yorker

Does that sound familiar? But this terrible scene isn’t from Kermit Gosnell’s House of Horrors.

This is the atrocity in Steven Brigham’s abortion facility that led to his arrest and charge for 10 counts of murder… but not for long. Brigham posted bail and is currently operating abortion facilities up and down the East Coast, even though he has lost his medical license in nearly all these states.

We all saw what happened in Pennsylvania when politicians provided special protection for the abortion industry.

Abortion facility safety regulations signed into law by former Gov. McDonnell were designed to protect Virginia women from Gosnell-like abortionists such as Steven Brigham. Brigham continues his dangerous practice of beginning late-term abortions in Virginia then transporting women across state lines to his facility in Maryland where he finishes the abortion.

Now Terry McAuliffe has replaced 5 members of the Virginia Board of Health with his chosen appointees, and asked them to reconsider Virginia’s life-saving regulations requiring abortion facilities to meet basic medical safety standards.

The Board of Health meeting – where they will debate rolling back these women’s safety laws – is happening right now. Will you speak out for women and unborn babies against the McAuliffe administration and the late-term abortion industry?

Not a Virginia resident? Raise awareness by sharing this on social media.

Abortion facility safety regulations that protect women and their unborn children have been enacted in several states. If Terry McAuliffe caters to the abortion industry’s lobbying and overturns these pro-life laws, pro-abortion governors across America will follow his example.

Make no mistake, all eyes are on Virginia. Please consider making a donation to our efforts to fight Terry McAuliffe’s protection for abortionists in Virginia and tell the nation the safety of women and their unborn children comes first.