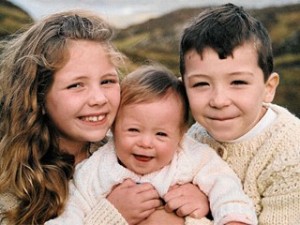 Imagine if there was only a 8% chance that you would live to make a wish and blow out the candles on your next birthday cake. While it seems like a situation too grim to be true, that is reality for the nation’s unborn children with Down Syndrome.

Research conducted by Dr. Brian Skotko, a pediatric geneticist at Children’s Hospital Boston found that 92% of unborn children who are prenatally diagnosed with Down Syndrome are aborted.

ABC News lays out the research conducted by Dr. Brian Skotko, a pediatric geneticist at Children’s Hospital Boston. He found that 92% of unborn children who are prenatally diagnosed with Down Syndrome are aborted.

In the absence of prenatal testing, the United States would have experienced a 34 percent increase in the number of Down births between 1989 and 2005, Skotko estimates.

Instead, 15 percent fewer such babies were born during that time, representing a 49 percentage point difference between expected and observed rates, according to Skotko’s research.

Such shocking numbers led ABC News to ask, WHY? In their quest for an answer, they interviewed many families raising children with Down Syndrome. Each family shared a story of hope and enriched happiness. That hope, however, did not come easily.

The families, as well as women who sought an abortion after a Down Syndrome diagnosis, agreed that many doctors paint a bleak picture. The misunderstandings about Down Syndrome often guide imaginations to a scary and bleak place.

“I presumed [my daugher] would not be able to communicate, to read, to interact with the rest of our family or with the world around her,” Nina Fuller told ABCNews.com. “I was afraid that she would intrude on the lives of her three brothers, and that our family would be home-bound and our lives as we had planned would be thrown into turmoil.”

Those fears never materialized. The Fullers went on to adopt another daughter with Down syndrome, Hope.

Melanie McLaughlin considers herself pro-choice. But her daughter Grace, the beautiful little girl with Down Syndrome pictured above with her siblings, taught McLaughlin that each life holds a value that is destroyed through abortion.

“I do feel women have their own choice, but they don’t realize what they have given up,” she said. “What if we don’t like brown eyes anymore? What have we lost and what does Down syndrome bring to society that we lose along the way?”