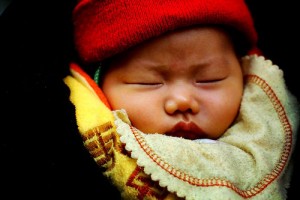 Congressman Chris Smith (NJ-4) held a hearing which brought to light many of the untold horrors that have been the result of China’s thirty-one year old one-child policy. The hearing entitled “China’s One-Child Policy: The Government’s Massive Crime Against Women” highlighted many of the grim realities that women must face living in a state that places no value on the lives of the unborn or the human rights of women.

Rep. Chris Smith, himself a longtime fearless defender of the unborn and their mothers, called the hearing in his role as Chair of the Subcommittee on Africa, Global Health, and Human Rights. Smith said in his opening statements , “China’s one child policy is state sponsored cruelty and constitutes massive crimes against humanity.” He noted, “Today in China, rather than being given maternal care, pregnant women without birth-allowed permits are hunted down and forcibly aborted…a mother has absolutely no right to protect her unborn baby from state sponsored violence.”

Several witnesses were called including Reggie Littlejohn, the President of Women’s Rights Without Frontiers, who testified to 13 new documented cases of coercion used to force women to have abortions (including one woman 8 and ½ month pregnancy with twins) and forced sterilizations. She also discussed cases wherein torture was employed against women and their family members if they did not comply. Other witnesses included Ping Liu and Ji Yeqing, victims of the One-Child Policy, and Chai Ling, former student leader at Tiananmen Square and founder of All Girls Allowed.

Though Vice-President Biden does not want to second guess this heinous and inhumane policy, the fact remains that all people of conscience must second-guess it and call for these atrocities to cease. This policy has destroyed countless lives. It has helped create a climate where families live in constant fear. A culture where it is literally dangerous to be born a female.  Since its inception, China’s One-Child Policy has cost the world upwards of 400 million lives. It is time to do more than second guess this policy. We are already 400 million lives too late.