Pro-life leaders across the country have responded to Live Action’s sickening video released this morning, showing a Planned Parenthood employee offering to assist in covering up a sex-ring in order to provide abortions and other services to underage prostitutes. 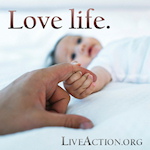 The leaders have joined together in calling on Congress to repeal the roughly $350 million Planned Parenthood receives under Title X family planning funds.

“The exploitive roots and track record of Planned Parenthood is a largely untold story that now cannot be ignored.  The horror of the logic behind Planned Parenthood’s founding has come to roost in this modern form: it is the primary partner of those who degrade and exploit women.  The exploitation of women by men through abortion was vehemently rejected by the early feminists.  Yet today’s footage and the unbroken trail of like evidence is a natural extension of founder eugenicist Margaret Sanger’s worldview, who saw vulnerable citizens like African-Americans, the poor, and immigrants as ‘human weeds’ and ‘reckless breeders.’  She believed ‘the most merciful thing a large family does to one of its infants is to kill it.’  Certainly, this is not a heritage that embraces the intrinsic value of every human being.  The unbroken chain of examples of such exploitation is appalling, and to further the injustice, this organization insists that it deserves the continued support of taxpayers.  The moment for taxpayers to reject their compulsory involvement in Planned Parenthood has arrived.  If it stays in business at all, it should do so on its own dime.”

Marjorie hits the nail on the head. Does the Planned Parenthood employee really believe that she is helping women by being an accessory to their exploitation? Does she see herself as an advocate of women’s rights when she advises them on how to make money as prostitutes after an abortion? The arguments for the right to abortion have become so perverted that abortion trumps all – abortion and accessible birth control are above the law and more important than the sickening exploitation of underage teenage girls by controlling men.

David Bereit, the National Campaign Director of 40 Days for Life, spoke from a father’s perspective, saying:

“As the father of a young girl, I cannot imagine any parent trusting Planned Parenthood with their daughter after watching this shocking and disturbing video.  The revelation that a Planned Parenthood office is willing to aid and abet illegal trafficking of sex slaves – to help line the pockets of pimps with cash – raises the question: Who else is being exploited at Planned Parenthood’s other 820 locations?  This demands an immediate federal investigation for the sake of all our daughters, and – at the very least – Congress should freeze all taxpayer funding of Planned Parenthood until the investigation is complete.”

David brings up a great point – how can anyone trust Planned Parenthood after seeing this video, in addition to previous videos documenting their indifference to racism? It is clear that anything goes in their clinics, so long as the profits continue rolling in. Huge profits, which every American taxpayer should be looking at.

It is time to end taxpayer funded abortions once and for all. Rep. Mike Pence has introduced the Title X Abortion Provider Prohibition Act, which as LifeNews reports, “ensures that taxpayer money authorized by the federal government for family planning efforts supposedly to reduce abortions don’t go to the nation’s biggest abortion business.”

Planned Parenthood performed over 300,000 abortions last year, an increase of 5.8% from the previous year. What happened to making abortions “safe, legal, and rare?”