Over the weekend, two pro-life candidates declared their candidacy for the 2012 Republican 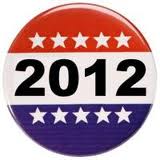 presidential nomination. Former Godfather’s Pizza CEO Herman Cain announced his bid on Saturday to a crowd of more than 10,000 gathered in his hometown of Atlanta, GA. Former Minnesota Governor Tim Pawlenty officially announced his entry into the race on Monday in front of a large and enthusiastic crowd in Des Moines, IA.

More information on the candidates’ stances on defunding Planned Parenthood can be found here.