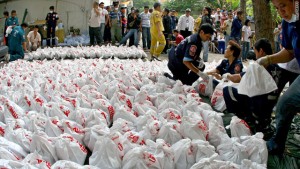 After the remains of 2,000 unborn children were found earlier this week at a Buddhist temple in Bangkok (pictured right), Thailand, CNN reported this morning that Thai lawmakers think they’ve come up with a solution: more lenient abortion laws.

Currently in Thailand, abortion is illegal except for cases of rape or where the mother’s life is endangered. But the law proposed by Satit Pitutacha and other legislators (who are in the majority party in Thailand) would allow  legal abortions for underage girls, poor women and women who feel unprepared to raise a child.

CNN reports that the bill will likely be submitted for debate in January.

Abortion hurts women. Just read the testimonies of women who’ve shared their stories with the Silent No More Awareness campaign, Priests for Life, and Rachel’s Vineyard.

The answer to illegal abortions is not more permissive abortion laws, which can cause pressure for women in difficult circumstances to choose abortion. The answer is always to love both mother and child, and provide assistance and aid to pregnant women and mothers in need.

Hopefully in the coming months before this bill is submitted for debate, lawmakers in Thailand will have time to reflect on how they can truly help women, not perpetuate a cycle of death, regret and pain.