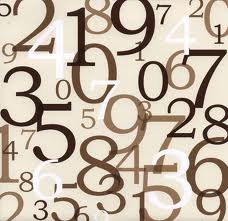 In today’s media-driven world where news and information flow like candy, it is essential to be an informed consumer. This informed perspective requires a healthy curiosity and carries with it the responsibility to hold people on both sides of the issue to high accuracy standards.

The disputing factoids that popped up during the recent debates to defund Planned Parenthood have caused quite a stir in main stream media & the blogosphere over the past few weeks.

What is important to remember is that statistics used in “talking points” or news story are only as good as the numbers on which they are based. A fundamental problem in the debate to defund Planned Parenthood is that many of the statistics – on both sides – are based on the numbers published in Planned Parenthood’s Annual Reports & fact sheets…the infamous “service” numbers.

Perhaps the biggest debate along these lines is about how much of Planned Parenthood is about abortion.

Planned Parenthood’s Three Percent Stat: The most recent iteration I’ve seen about this statistic is in a opinion piece by Clare Coleman, the president/CEO of the National Family Planning and Reproductive Health Association, posted on the Washington Post site last Friday, in which she tries to debunk five “myths” about Planned Parenthood. She writes:

Planned Parenthood’s abortion care represents 3 percent of its medical services — 332,000 terminations out of a total of 11.4 million services provided in 2009.

So Planned Parenthood isn’t directly spreading falsehood, but it is purposefully choosing to publicize its services in a way that minimizes its percentage of abortion “services” and maximizes the perception of how many health services it provides, mostly to women.

The Ten Percent Stat: This statistic has also been widely used to clarify and/or contextualize the prominent role of abortion in Planned Parenthood’s clinics.

Planned Parenthood reports that it served 3,000,000 clients at its health centers in the United States in 2009. Using the service numbers – we know that among these 3,000,000 clients, there were more than 332,000 abortions. Assuming that the number of women who went to Planned Parenthood in 2009 for more than one abortion is negligible (or at least very low), here’s what the math looks like:

So it is fair and reasonably accurate to say that 1 out of every 10 people (since the 3,000,000 includes some men) who receive services from Planned Parenthood gets an abortion.

The Bigger Problem: Planned Parenthood doesn’t define what counts as a “service”. If you look at their most recent fact sheet, the 11.4 million number (actually 11,383,900) that Clare Coleman uses is comprised by emergency contraception kits, HIV and STI tests, papsmears, vasectomy clients and lots of other services that range from surgical procedures to blood tests to simple distribution of contraception. A surgical abortion might be one service and distribution a one-month supply of birth control pills might be one service.

To make matters even more complex, there is no way to tell if “services” are consistently reported across all of Planned Parenthood’s clinics. Finally, Abby Johnson – former director of a Planned Parenthood clinic – has said that in her experience some services are “unbundled” (such as 12 months of birth control pills being recorded as 12 services – one for each month), while others are purposefully kept in a unit (like tests and procedures to prepare women for surgical abortions).

Since many people have been asking questions about these statistics, there are some good explanations available on other commonly-used facts during the budget debates.

Abortion as a percentage of services to pregnant women:

Tobin Grant at Christianity Today wrote an article that fact-checks a number of oft-cited statistics in this defunding debate. On the topic of services to pregnant women:

Planned Parenthood does not report how many pregnant women enter its clinics. The statistics are based on Planned Parenthood’s report of three types of services that must apply to pregnant women only: abortions, prenatal care, and adoption referral. Other women may enter the center for a pregnancy test or other health services (which would mean the abortion percentage is inflated). The number of prenatal and adoption referral cases could be counting the same women twice (which would mean the abortion percentage is deflated).

So, a pregnant woman could go to Planned Parenthood just for a breast exam and she might not get included in this statistic. Or a pregnant woman could get both pre-natal care and an adoption referral, and would be double-counted. It’s likely, by basic logic, that these will balance out and/or be negligible in the big picture. But based on what we do know from Planned Parenthood’s report on services provided in 2009…

Abortion constitutes 98% of the services provided to pregnant women by Planned Parenthood.

For more fact-checking fun, read all of Tobin Grant’s article! Another excellent source of information is the Chiaroscuro Foundation’s Planned Parenthood Fact Sheet because it tells you (via footnote) the source of all its data.

Fact-checking is a two way street. As pro-life advocates, we have a responsibility to be accurate as well as passionate. We have the added “bonus” that the truth is on our side. And the truth is getting around.

Recent polling shows that, despite the fact that federal dollars discussed in the budget debate wouldn’t directly fund abortion, a majority of Americans – 54 percent – do not want tax dollars for family planning services to go to organizations that perform abortions.

It may be true that numbers do not lie. But numbers can tell all sorts of stories. The truth comes out when you – using the numbers – tell the whole story, all the details and sources, down to the last decimal point.

Knowledge is power. Let’s use it to save lives.