Over at the LifeNews blog, Executive Director of Students for Life of America Kristan Hawkins has the update on the ongoing situation at of the pro-life group at Carleton University in Canada.

After members of the pro-life group Carleton Lifeline were arrested for peaceful protest on the University’s campus, now the group may lose its status as an official university group. 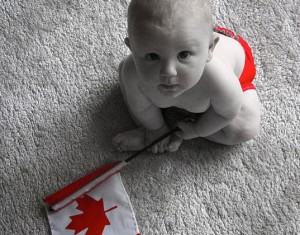 Thank you to everyone who sent a Thank You Note to the four pro-life student members of Carleton University (Ottawa, Canada) pro-life group, Lifeline, who were arrested on October 4th for conducting a peaceful pro-life demonstration on campus.

As you know, the students were arrested for holding graphic signs of aborted children in the public “quad” on campus. Soon after the arrests I did an interview with Ruth Lobo, the president of the group. Listen to it here.

Now, these brave students need your help once more.

Two weeks ago, Carleton Lifeline (the pro-life student group at Carleton) was notified that the school Student Association would be decertifying the group in less than a week, on November 18th, unless they renounced the pro-life beliefs expressed in their group constitution. The Carleton University Student Association (CUSA) is using the school’s “Discrimination on Campus “ policy, which upholds “a woman’s right to choose” to justify discriminating against the pro-life student group.

If Carleton Lifeline loses their official group status, it will be a significant loss and will hinder their activities on campus by denying them the student space, resources, and funding all other student clubs have access to.

Read the rest and see ways to stand with Carleton Lifeline at Lifenews.com.