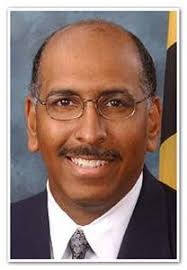 I come to this question of life from a very different perspective; a lot of people don’t know that I’m adopted.  And so, I recognize after understanding and appreciating the story of a scared 18 year old college co-ed at Catholic University in 1958, who had to confront a real dilemma and that was to pursue a college career, deal with the stigma of having a child or have an abortion, and fortunately for me, she met a nun on her way to have an abortion, and here I am.  I appreciate very much the story of Life and how the book of Deuteronomy says so clearly and so plainly, choose life.  For me has never been a question, there has never been a second answer.  It’s always been one that’s firmly rooted in my own life story that my mom confronted the real challenge.  And so having someone there, just one individual there, to say to her that choosing life is the better path, choosing life is what God wants, for you and this child, even if this child is not in your life.  That to me is a very powerful story and I think it has been the strength in recent times especially of the pro-life movement.  It certainly has shaped my view on moral issues.

I’m a former seminarian, an Augustinian monk, and so that has also been part of the foundation for me in the question of Life.  And I too have had, in that capacity, the opportunity to meet individuals who are confronting that challenge very much like my mother did 52 years ago and try and help them through it.  That has been for me, a sense of returning the favor of Life if you will, and it’s a very powerful one.

Where it gets interesting sometimes is how it gets caught up in politics, and how it becomes distorted; it becomes us versus them as opposed to an embracing, as I know the Susan B. Anthony organization is trying to in its long service to get people to understand what this is about, this is not about simple legalistic choice, it’s about whether or not as a people we will embrace the least among us, the weakest among us and if we are willing to do that, then the life in the womb which is the weakest among us should be embraced as well.  So, that to me has been kind of a journey story; and it is one I am very proud of.

Having run the RNC, is there anything that you do differently than current and past administrations on the issues of Life?

If you recognize what has happened, when I became chairman, the party was at one of the lowest points in its history that its ever been at.  We had been, to use a word that we’re all familiar with, shellacked in 2006 and in 2008, we lost in a way that was humiliating quite frankly.  A lot of it had to do with the fact that we had stepped away from core principles and values.  And as our party platform clearly states that we are a pro-life party; we value that life that is in the womb we value the defense of that life.  From a political standpoint we want to be engaged with communities across the country to help people appreciate what that story’s about and the legal ramifications and impact, whether its on healthcare and other issues that these decisions may have on the unborn.  So that’s where the party has always come from, as National Chairman one of the interesting things I found out literally within the first week of my chairmanship, was that there is those within the party those who do not necessarily support that perspective and its always a very delicate balance between those who are pro-choice Republicans versus…I don’t like the term versus…and those who are pro-life Republicans, and it is a very delicate balance, but the core of what motivates and continues to move forward is that the party has rooted itself in the pro-life cause for good reason.  Not to the exclusion of anyone, but as a vehicle of explanation, a vehicle of education, and as a vehicle for political action that I think is very important.  So I don’t see so much of what I would change, as much as I have a firmer appreciation of that balance and I know that those who are running for this job, either now or in the future will always have to be aware of that balance.  Not to the detriment or exclusion of any one individual but understanding that at our baseline, at our foundation that is something we make in ourselves and in our party platform and we must stay true to that.

Do you see any areas where there are resources at the RNC that could be leveraged into campaigns in the future that we haven’t done in the past?

Having gone through two political cycles, ’09 and ’10, and having seen the reaction of grassroots activists, whether they are pro-life or pro-business or whatever their particular motivations happen to be, they generally don’t like us to get involved in primaries.  They generally like us to stay out of that process.  That doesn’t mean that we don’t support pro-life candidates, that doesn’t mean that we don’t articulate the pro-life cause, what it means is that in a primary situation you leave it to that community to rise up, raise up rather, someone that best reflects those values and those principles.  What we’ve done, it’s in our rules it’s nothing that’s individual choice by chairman, is to make sure that everyone’s viewpoints are respected.  Certainly, when we get into a general those resources must be put to work on behalf of those candidates.  We love working with organizations that will allow us to support their candidates, like the Susan B. Anthony List candidates, but we have to be very careful from that standpoint that our rules don’t allow us to participate in the primary process, but it does require us to be very actively involved and supportive in the general election process.  So what we try to do, again, campaign finance laws always in the back of your mind and lawyers  on the other side, to make sure that we respect your boundaries, but also recognize that there will come a point where we can support candidates who stand very firmly for the Life issue, and that’s what we should do.

Since you ran on the Republican Leadership Council what is your perspective of the group now and would you explain that a little?

Working with Governor Whitman, she asked me to serve as a pro-life Republican to serve with her on that board and I thought it was important.  Again it goes to my sense of being in the room.  How else do you help others appreciate a pro-life perspective how else do you have that pro-life voice in the room at the table, then to be there.  It becomes an important opportunity to express again the relevant importance of the issues that are out there.  Not just in terms of the economy and war and peace, but most fundamentally on moral issues, like the Life issue.  And I’ve always believed in being in the room.  I can’t have any influence or impact on decisions, I can’t say ‘maybe we shouldn’t endorse candidates in a primary whether they’re pro-life or not because this organization should stay above that.  We should give everybody a fair shot at it.’  But you’ve got to be in the room to make that argument, so I appreciate Governor Whitman giving me the opportunity to be in the room for that conversation for a time and to have a voice there if you will that I thought was important at the time.

I didn’t change my views on the Life issue, in fact it made me appreciate even more the value of the cause for the pro-life movement, but again, for me it was a matter of being in the room and having that voice at the table that otherwise wouldn’t have been there.  And I just thought ‘why not?’ let’s take that moment and serve a year on that board and again Governor Whitman’s still a friend today, and we have a disagreement on the issue of Life, but we agree on so many other things.  And again, that’s reflective of our party as a whole and it helped me in this job find a way to strike that balance with those pro-choice Republicans and pro-choice Republican organizations that have been formed.  Because at the end of the day as National Chairman I have to represent every Republican, I don’t get to pick and choose who joins the party, but we do have to stand very firm on those foundational principles as outlined in our platform so that people understand that we are the party that believes very firmly in fighting for and defending the Right to Life, and again for me that was a matter of having that voice in the room.