Pro-life voters, there is more promising news coming out of Washington with the reports this week that three newly elected pro-life women have been given leadership positions. 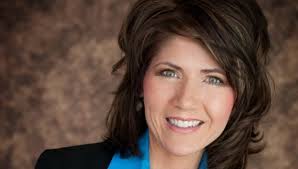 On Capitol Hill, Politico reports that Congresswoman-elect Kristi Noem (R-SD) has been appointed to the House Republican Leadership team, where there are now two pro-life women. Rep.-Elect Noem joins veteran Congresswoman (and soon to be mother of two) Cathy McMorris Rogers. These two pro-life stalwarts have both pledged to work towards ending abortion funding, not only in Obamacare, but across the board.

And on the state-level, both Governors-elect Nikki Haley (R-SC) and Susana Martinez (R-NM) were elected to the leadership team of the Republican Governors Association. Hotline reports that Nikki Haley will serve as the Recruitment Chair. This important position oversees the recruitment of new leaders to run for the position of Governor and is another positive sign that we will see the growth in number of pro-life women governors across the country.

Congratulations on your leadership positions, ladies!