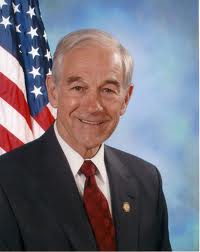 Speaking for the Iowa Family Leader’s presidential lecture series in Sioux City, [Rep. Ron] Paul said that he is troubled when he hears libertarians advocate for abortion rights. Describing conversations with supporters, the Texas congressman and presidential hopeful said he often here a “libertarian type of argument” along the lines of “it’s the woman’s body. She can do whatever she wants. She can have an abortion.”

“I don’t like them to use that argument – that believing in liberty means you can kill the unborn,” Paul said.

Paul contended that libertarianism and opposing abortion are not separate philosophies, but rather stem from the same belief structure.

A few weeks ago, Rep. Ron Paul joined other 2012 Republican hopefuls in supporting the defunding of Planned Parenthood. Read the statements here.