Dr. Nathanson was the director and narrator of The Silent Scream, a film that showed an unborn baby on an ultrasound crying out in pain and discomfort as it was aborted. The film was a boon for the pro-life movement, seen by millions of Americans, including President Ronald Reagan, who showed it at the White House. 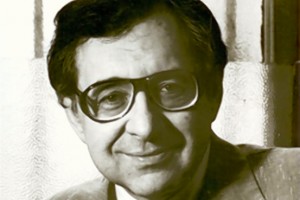 He also directed, filmed, and narrated Eclipse of Reason, which depicted a late-term abortion.

Dr. Nathanson was not always pro-life; he was one of the founders of NARAL, and he served as their spokesman and medical adviser. It is estimated that he performed around 75,000 abortions before his conversion to the pro-life movement. He was convinced by ultrasound technology that unborn babies are indeed human life, which lead to his argument:

[Nathanson] began to develop what he called the “vector theory of life.” By this he meant that from the time of conception, the unborn child has a self-directed force of life that, if not interrupted, will lead to the birth of a human baby. He knew this was not “potential life,” as the Supreme Court ruled in Roe v. Wade.

As he wrote in 1974, “[t]here is no longer serious doubt in my mind that human life exists within the womb from the very onset of pregnancy.”

Having performed thousands of abortions, Nathanson was able to describe the mindset of an abortionist:

“[I]cy; conscienceless; remorselessly perverting his medical skills; defiling his ethical charge; and helping, nay seducing, with his clinical calm, his oh-so-comforting professionalism, women into the act that comes closest to self-slaughter.”

Dr. Nathanson authored two pro-life books, Aborting America and The Hand of God, in which he exposed the lies of the abortion industry, including the falsified numbers of alleged illegal abortions before Roe v. Wade.

He later converted to Christianity and regretted his past life as an athiest deeply, saying “I am one of those who helped usher in this barbaric age.”

Joan Andrews Bell, Nathanson’s godmother, noted how deeply Nathanson wanted to make up for his past life:

“He will be remembered as a very strong advocate for the babies,” she continued. “One factor stood out, knowing him over the years, and that was that he had a deep pain for what he had done in terms of abortion. I remember there were periods he was fasting; he underwent huge amounts of fasting to make up for it.”

Nathanson lost a long battle with cancer. He was 84 years old. He will be deeply missed.