LifeNews reports that Virtue Media released a powerful video on the 10 year memorial of 9/11 to remind us of the dignity of human life called “Humane Humanity”. 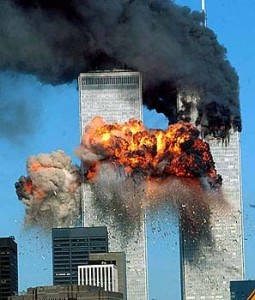 These words are spoken while images of the Holocaust,  the Civil Rights movement, and unborn children though an ultrasound are shown. It concludes with an image of one of the towers of the World Trade Center falling.

Throughout history, people have been treated as less than human in some way, shape, or form. How can one condemn the Holocaust and terrorism while maintaining that abortion is okay? Only in a moral relativistic nation can all unite against Osama bin Laden and al Qaeda after they kill 3,000 Americans but at the same time allow over 3,000 unborn Americans to die every day. Every human at every stage of life deserves the right to Life, liberty, and the pursuit of happiness. The culture of Life needs to be re-kindled into our hearts and minds and Virtue Media hopes to do this with their 9/11 commemoration.

“As Americans, let’s cherish the sanctity of life. Because we know how it feels when others treat us as less than human.”