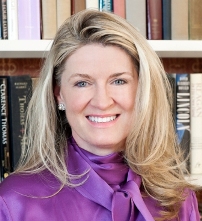 Wendy Long has been a constant pro-life voice.  She formerly worked for Americans United for Life, as chief counsel for the Judicial Confirmation Network and as press secretary for two pro-life senators, and currently serves as a legal advisor to GOP presidential nominee Mitt Romney.

Following her impressive performance at the New York GOP Convention, her campaign began to receive increased recognition.  She appeared on FOX News to discuss the Court’s pending healthcare ruling, where she spoke from personal experience about the way the Court operates.  She was also referred to as the “female future of the Republican Party” by Laura Ingraham on her nationally syndicated radio show.

Long has come out strongly against Obamacare, noting its abortion funding problems and that its taxes and regulations would be a job killer in New York.  She has also been a vocal critic of the pro-abortion HHS mandate and has stood by the Catholic Church, saying, “The First Amendment to the U.S. Constitution is what protects all Americans, from all walks of life, to be able to practice their faith, and to keep the government from meddling in their lives and consciences. The willingness of Senator Gillibrand and President Obama to trample that principle for the sake of their own political agenda is dangerous and wrong.”

Due to her strong convictions, Wendy Long has received national support for her campaign.  In addition to the Susan B. Anthony List’s endorsement, she has gained the backing of numerous groups and individuals, including former U.S. Ambassador to the United Nations John Bolton, Steve Forbes, American Conservative Union, Citizens United PAC, FOX News host Sean Hannity, and the New York Post.  She overwhelmingly won the state’s Conservative Party nomination by picking up 91 percent of the votes cast at their convention.

New York’s primary is Tuesday, June 26th.  Wendy Long will face off against Bob Turner and George Maragos.  As a female and staunch pro-life leader, Wendy Long stands the greatest chance of defeating Kirsten Gillibrand this November and giving Life another say in the U.S. Senate.