Life-long Missourian Sarah Steelman has served the Show-Me state for over a decade as State Senator and State Treasurer, and is now running for U.S. Senate in Missouri.  She is seeking to replace current Missouri Senator Claire McCaskill, a supporter of abortion giant Planned  Parenthood and an EMILY’s List endorsee. 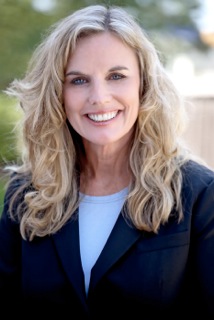 Sarah Steelman has been a consistent pro-life advocate.  As a state senator, she held a 100 percent pro-life record, co-sponsored a ban on partial-birth abortion, and helped overturn former Governor Mel Carnahan’s veto of the Infant Protection Act.  On the other hand, Senator McCaskill has a 0 percent pro-life record and voted for the most pro-abortion piece of legislation in the country’s history, Obamacare.  Steelman has promised to work to overturn Obamacare, citing its abortion-funding provisions and the Preventative Services Mandate which infringe upon our conscience rights.  Steelman has said “We understand that Obamacare set a dangerous precedent allowing for the government to control all aspects of our lives, including your religious beliefs.”

Steelman’s pro-life message is resonating with Missouri voters.  In a head to head matchup with Claire McCaskill, polls show her with a 51 to 39 percent advantage.  In addition to strong grassroots support, she has been endorsed by the Susan B. Anthony List as well as nationally prominent organizations ShePAC and the Tea Party Express.  In 2008, Steelman gained the backing of Missouri Right to Life for her courageous work in the Missouri Senate.