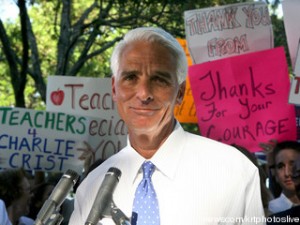 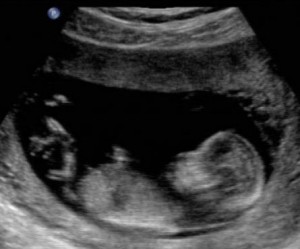 A Pro-Life legislative measure which is gaining traction throughout many of the states is commonly known as “the ultrasound bill”. Basically it is a measure aimed at aiding the decision making process of women who are considering abortion. The bill makes it a requirement for abortion clinics to give their clients the option of viewing an ultrasound of their unborn child before making the decision to go through with the abortion. If the client does not wish to see the ultrasound, they are free to sign a waiver declining their option to do so.

Choice is the operative word here in every instance. With the ability to see an ultrasound, women can now choose to avoid the situation which so many women have unjustly experienced since Roe vs. Wade, that situation being their abortion doctor telling them their child is “just a blob of cells” and believing that what they are terminating is not really human. An ultrasound definitely enhances the accuracy and completeness of information a woman takes into account while considering abortion. In addition to this the measure leaves room for any woman to choose to not view the ultrasound. No woman is forced by law to subject herself to more psychological turmoil. Also, the vast majority (82% in Florida for instance) of abortion clinics already perform an ultrasound before performing abortion procedures and include this cost in the abortion fee so complaints of the bill monetarily penalizing women are relatively unfounded.

The ultrasound bill presents itself as a measure which serves to really test if a person is truly in favor of choice or if they are simply interested in protecting unmitigated legalized abortion, as provided by Roe vs. Wade. At its heart, it seeks to help women be more accurately informed about making a decision with a dizzying amount of consequences. It cannot be painted any other way. Ultrasounds are tools which aid doctors performing medical procedures (hence why so many abortion clinics already use them!) In the end, an ultrasound doesn’t show anything except what is truly inside of the pregnant womb: a developing human life. Why would anyone claiming to be pro-choice or pro-woman have a real, fundamental issue with such a measure?

Currently, Florida and Louisiana are in the midst of intense debate concerning this measure. The Louisiana State Senate has already approved the bill which is now expected to be ratified by the House and sent to Gov. Jindal’s desk for approval. In Florida the bill has already made it to the desk of Gov. Charlie Crist (also Independent candidate for U.S. Senate) as of yesterday where it faces the imminent threat of veto in light of Crist’s hostility to the bill.

If you are either a Florida or Louisiana resident please act in support of this bill so that the truth of Life in the womb may reach more and more women in crisis. If you are not in these states please consider making an effort to make your own state legislature aware of this measure, especially through your state right to Life organizations.