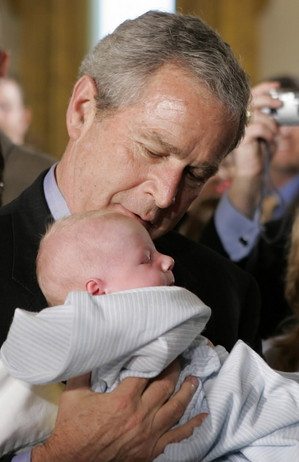 In his interview last night with NBC’s Matt Lauer former President George W. Bush talked about a poignant moment in his life that shows both the evolution of his pro-life views and the development of his relationship with his mother.

President Bush explained that when he was a teenager, after his mother had a miscarriage, she saved the baby in a jar to bring to the hospital. George’s mother showed him the jar before he drove her to the hospital, saying, “Here’s the fetus.”

President Bush went on to say, “I never expected to see the remains of the fetus…There was a human life, a little brother or sister…There’s no question that affected me, a philosophy that we should respect life.”

George W. Bush went on to become one of the nation’s most pro-life Presidents.