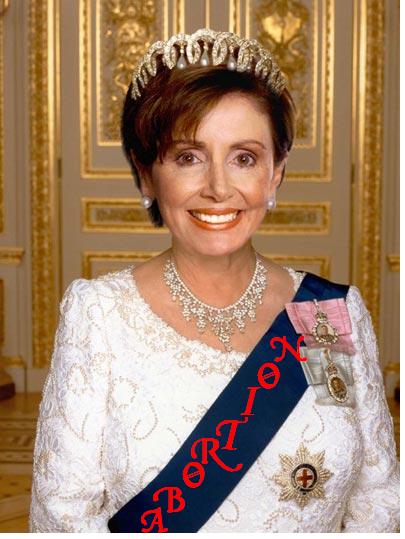 Since “Women’s Health” is primarily a euphemism for abortion, I’m actually inclined, for once, to agree with Planned Parenthood. Pelosi certainly is their champion! Her efforts to ram health care that includes taxpayer funding of abortion down the throats of Americans, for which she is being rewarded, practically make her the abortion queen. Or maybe Cecile Richards is the queen? Pelosi can be abortion princess.

Another thing Pelosi is the champion of : hypocrisy. The prime example of this being her blatant actions and words against Life while still, bizarrely, claiming to be a faithful Catholic.

Pelosi has earned her title. We’ll let her keep it, but let’s do everything we can to take away her power.