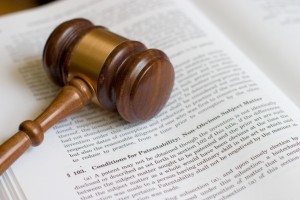 Last Thursday, the House of Representatives passed a controversial act drastically altering current patent law within the United States. Patents, as defined by the United States Patent and Trademark Office (USPTO), are government-granted property rights which allow inventors to exclude others from making, using, offering for sale, or selling their inventions. As inventors advance into new fields of biomedical engineering, changes in the patent law necessarily raise certain bioethical concerns. The America Invests Act (H.R. 1249), if signed into law, would replace America’s “first to invent” application system with the European “first to file” model.

Whether or not this change will prove detrimental to American inventors, as many conservatives fear, it does contain one provision crucial to the Life issue. Since 1987, the USPTO has recognized under, 35 U.S.C. Section 101, that human beings, at all stages, are not patentable subject matter. Section 33 of this new bill places Congressional support behind the USPTO’s existing policy, stipulating that no patent may “issue on a claim directed to or encompassing a human organism.” In essence, section 33 reaffirms the fact that human beings, including human embryos, are not property and may not be treated as such. Previously this restriction was enforced by the Weldon Amendment, a pro-life policy rider (similar to the Hyde Amendment) which had been included annually in the federal appropriations bill since 2004. Though the body of the American Invests Act

Unfortunately, the Senate’s version of the America Invests Act, passed on March 8th, does not contain this necessary protection. Before reaching President Obama’s desk, the two versions of the bill must be reconciled in a joint House and Senate committee. If passed with the original section 33 language, the America Invests Act will contain the first pro-life rider to become codified under the 112th Congress- a key step towards ensuring that as new biomedical innovations emerge, the sanctity of human life is protected at all stages.