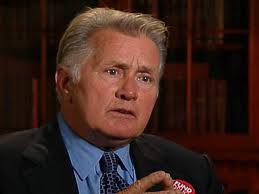 No, not Charlie. It’s his dad, Martin Sheen.

In a recent interview with an Irish news outlet, actor Martin Sheen spoke about his pro-life views and his devotion to the Catholic faith.

When asked about his wife, Janet Templeton, being conceived by a rape, Sheen prudently acknowledged it, and also recounted that she had a hard time of being “unwanted” even after she was born and left to live the first six years of her life with some aunts in the countryside.

Martin and Janet’s incredible witness to Life will hopefully open up the eyes of those who think that abortion is right in rape cases. Depriving the world of good people like Janet Templeton, only slows the world down.

The two of them advised and encouraged their children to keep and bring three of their six grandchildren, even when “they weren’t happy at the moment”. Now that they’re all grown up, “they’re some of the greatest source of joy in our lives,” he says.

He also mentioned that his wife had a troubled mind after knowing their fourth child was on the way, because of financial aspects and because they were already “doing a lot of parenting” (with their grandchildren) but she went to a therapist who advice her to think on how she felt about her three children at the moment. Based on how happy she was with them, she chose life and carried on with her pregnancy. Without this, his last daughter and actress Renée Sheen, “a light” in his life, wouldn’t be here.

After seeing a couple of celebrities (Scarlett Johansson, Gwyneth Paltrow) recently teaming up with Planned Parenthood, Sheen’s comments are uplifting and encouraging. Celebrities are rolemodels to many, and, although being an older man, Mr. Sheen is a successful and brave role-model in the midst of the pro-abortion Hollywood environment.