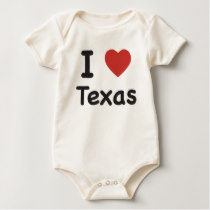 Once again, the Obama administration is interfering with a state’s effort to defund Planned Parenthood.

This past summer, the state of Texas applied for a renewal of federal funding for its Woman’s Health Program (WHP), which includes Medicaid family planning services for low-income women, that started in 2005. The WHP provides family planning services to low-income women who are below the poverty line, but do not qualify for Medicaid. The WHP is federally funded and operates under a waiver from the federal government that extends Medicaid services to these women in need.

When reauthorizing WHP this year, the state of Texas included a provision that disqualifies abortion businesses and their affiliates from participating in the program. This was part of the same effort by the state legislature that ensured the protection of the unborn and women by defunding Planned Parenthood in their state budget earlier this year.

Enter the radically pro-abortion Obama Administration: The Center for Medicare and Medicaid Services (CMS), which operates under President Obama & Secretary Sebelius’ Department of Health and Human Services (HHS), took issue with Texas’ decision. In a breach of accepted practice, in which the states, who know best the needs of their citizens, decide where Medicaid funding goes, the CMS rejected the renewal application for funding for Texas’ WHP. The Obama administration would rather deny funding to women in need than see Planned Parenthood go without federal subsidies.

This is nothing but the CMS towing the pro-abortion ideological line of the HHS and Obama administration. Planned Parenthood, of course, lobbied against the provision that excludes them from the program. With clinics closing across Texas and with the loss of major state funds, Planned Parenthood is desperate. Governor of Texas and presidential candidate, Rick Perry, told the Texas Tribune (http://www.texastribune.org/m/story/34927/) he is “concerned the Obama Administration is playing politics by holding women’s health care hostage because of Texas’ pro-life policies.”

Another pro-life state defunds Planned Parenthood and another threat by the Obama administration. In Indiana, New Hampshire, and now Texas, the President has shown that his allegiance lies first and foremost with Planned Parenthood and the pro-abortion lobby. Bypassing elected officials and threatening to withhold funding in order to bail out the abortion-giant and top political ally has become their modus operandi when dealing with pro-life states.

The Texas state legislature’s decision to exclude abortion business affiliates from the Women’s Health Program was made not to curtail women’s health, but rather to ensure true women’s health is not corrupted by the lies and deceptions of Planned Parenthood. It was a commitment to defend unborn children and women.  Apparently the Obama administration’s loyalties lie elsewhere.