Over at Newsbusters, Live Action president Lila Rose explains how the lack of media coverage of the March for Life is all part of the general coverup of abortion in today’s culture. Lila explained the situation to Culture and Media Institute’s Katie Yoder:

“…There should be more media reporting on [the march], absolutely. And sadly, there’s a bias in a lot of media to cover this up. To cover up abortion to not talk about it.” 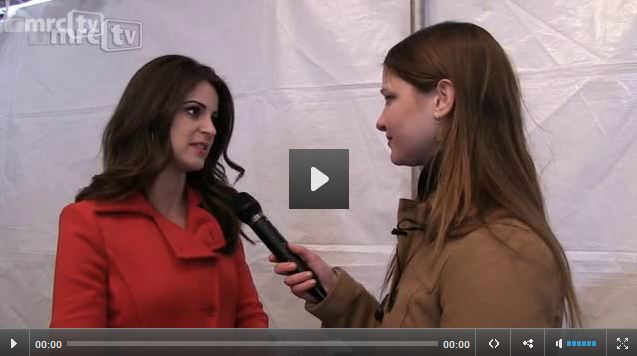 Accurate media coverage has been a necessity for all of the successful human rights movements in history.

In the 17th & 18th centuries, for example, abolitionists believed that Americans would reject slavery if they saw it. Thus campaigners worked to expose the horror of slavery by coupling illustrations with abolitionist literature. During the Industrial Revolution also, circulation of photographs of children as young as four working in dangerous – sometimes fatal – conditions helped spur legislation to regulate, and later end, the practice.  And the 1963 photo taken by Charles Moore of high school students being hit with water from a fire hose during a civil rights protest in Birmingham rallied international support for the civil rights movement after it appeared in Life magazine.

Knowing the importance of the media in overturning the worst civil and human rights abuses throughout history, it is frustrating to see hundreds of thousands of young, enthusiastic pro-life marchers go ignored year after year, but this year, there has been progress!

As Lila mentions to Katie, there were mainstream television outlets in attendance at the March this year, and even the New York Times ran a front page story, complete with a photo of the crowd!

In addition to changing hearts and minds, advancing pro-life leaders and lifesaving laws, part of this good fight is working tirelessly to get our message out to the masses through the mainstream media. Though it may seem like an uphill battle, we must carry on!