This month, The Weekly Standard writer Jonathan Last is releasing a book entitled “What to Expect When No One’s Expecting,” about America’s growing demographic crisis.

Last explains that despite the widespread myth that the planet is becoming overpopulated, population growth worldwide has actually been declining over the last two generations. Startlingly, American women are reproducing at about the same rate as Chinese women who have been suffered coerced and even forced abortions and sterilizations in the face of the one-child policy for more than three decades.

Last recently did an interview on CBS News and it is clear from the interviewers questions that many Americans remain fearful of the myth of overpopulation, even when presented with the hard evidence that shows population growth declining. 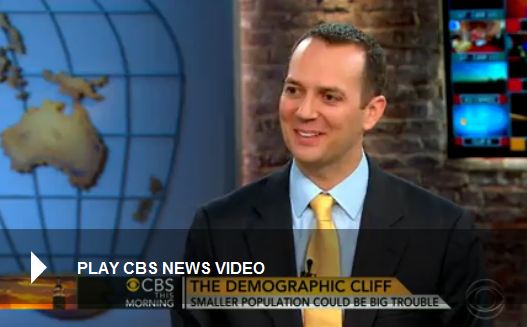 In the book, Last examines how population decline affects nations socially and economically.