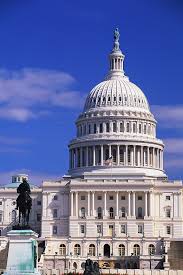 Today marks the swearing-in of the 112th U.S. Congress, which pro-life hero Rep. Chris Smith calls “the beginning of the arguably most pro-life House EVER.” Smith says that it sends “another message to President Obama that the American people will not be fooled by the Obama administration’s accounting gimmicks and phony executive orders. They expect their elected officials to stand up for life without backing down.”

Richard Land, president of the Ethics & Religious Liberty Center, agreed, noting that “this will undoubtedly be the most pro-life House since the Roe v. Wade decision.”

NRLC’s legislative director Douglas Johnson sees a net shift of 40 to 55 House seats in the pro-life direction, depending on the issue.

Majorie Dannenfelser has said that November’s elections have resulted in 52 seats being strengthened into a more pro-life position. Many pro-life victories occured in the Senate, with huge wins in Florida, Arkansas, Pennsylvania, Indiana, Missouri, Wisconsin, North Dakota, New Hampshire, and elsewhere.

One of the top priorities of the new House will be the passage of the No Taxpayer Funding of Abortions Act, sponsored by Rep. Smith, Rep. Dan Lipinski, and 182 other cosponsors. The act would expand the Hyde Amendment, banning all taxpayer funding of abortion in all federal departments. Another priority will be the Title X Abortion Provider Prohibition Act, sponsored by Rep. Mike Pence, which would cut Planned Parenthood from all federal funding.

Pro-life House members will have the support of new-Speaker John Boehner, a House veteran with a strong record of advocacy for the unborn.

The new Congress will likely understand that there is no room for betrayal on life issues. With the help of pro-life SBA activists nationwide, the so-called “pro-life” members who voted for ObamaCare were routed in November. They sold out to the White House and the abortion industry and paid the consequences. Thanks to the pro-life tsunami, the message was received loud and clear in Washington: no federal funding for abortion.

Lets keep the pressure on the new Congress and continue upon the huge successes of November!