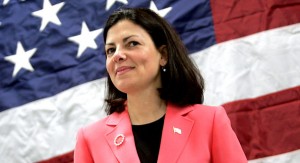 Kelly Ayotte, the former Attorney General of New Hampshire who successfully took on Planned Parenthood all the way to the U.S. Supreme Court in defense of parental rights, and Christine O’Donnell, longtime pro-life activist who has championed the pro-life cause as far and wide as the United Nations, have captured the Republican nominations in both New Hampshire and Delaware and will be on the ballot this November for United States Senate.

Kelly and Christine join a stellar line-up of pro-life women running for the U.S. Senate this November, including Carly Fiorina in California who is running against pro-abortion poster child Senator Barbara Boxer, and Sharron Angle who is running against pro-abortion Senate Majority Leader Harry Reid in Nevada. And It couldn’t come at a more critical time, a time in which we lack a single pro-life woman’s voice in the Senate.

The void of a pro-life woman’s voice in the Senate could finally be filled this November, making 2010 the “Year of the Pro-Life Woman!”