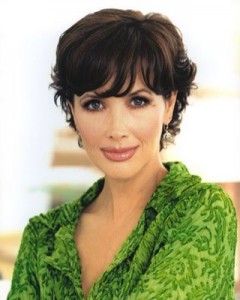 Last week, actress and good friend of the Susan B. Anthony List, Janine Turner wrote an op-ed for the FOX News Opinion section. As we head into the Supreme Court nomination process as well as the midterm elections, Janine reminds us that, at the end of the day, We the People have the ultimate check on government–the power to vote.

Do base our decision to vote for someone based on their campaign speeches? Their fancy promises? What about their dedication to the Constitution? A very good read:

Your Vote Is Your Voice by Janine Turner

As a Republic, ruling through our elected officials, our vote is our voice.

America is getting ready to witness the United States Constitution at work. Currently, many believe the Constitution is an antiquated document. Yet, built upon the bedrock of well thought out principles and practices, the Constitution withstands time and endures the swings of passions. The stipulations of the Constitution designate the process of nominating and confirming a new Supreme Court Justice and the time has come for yet another such selection.

We, the people of our Republic, have a say in this upcoming judicial process, even though as we watch, read and listen, we may feel completely lacking in control. Built into the Constitution’s checks and balances, which are awesome in structure, “We the People” have the ultimate voice, the ultimate check.

We pick the Supreme Court Justices through the president and senators that we elect. Thus, as we watch the process unfold we will be reminded about why the vetting of candidates, and the choices we make at the polls, are two pivotal actions Americans must take seriously. We need to research our candidates’ intentions thoroughly. Unsolved mysteries do not serve the process well. Men (and women) are not angels. It is the Constitution that keeps us honest.

Thus, as we watch the process of the confirmation of the new Supreme Court Justice, we will be reminded why it is so important that we, and our children, understand and comprehend the meaning of our United States Constitution. To quote Thomas Jefferson, “If a nation expects to be ignorant and free, in a state of civilization, it expects what never was and never will be.”