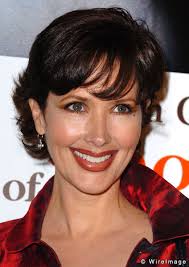 Over at the Politico Arena Blog, Actress, educator, radio host and longtime friend of the SBA List Janine Turner makes a case against the so-called “truce” on social issues:

How does one make a truce on social issues? Human beings are social creatures with an innate sense of right and wrong – Moral Law, as C.S. Lewis states. Varying moral perspectives will always prevail and thus stimulate debate. In America we are blessed with the freedom to express one’s ideologies and beliefs. What gives elected officials the power to dictate to the American people that they should turn off their consciences? In a Republic, congressmen and women, who are sworn to represent their constituents, should not deny them just that – representation – on all issues.

Common sense and prudence should factor into such actions. Take, for example, the fact that Planned Parenthood – an organization that is obviously, as proven by a recent behind the scenes video, aiding in the victimization of young girls – is largely supported by taxpayer money. One may agree or disagree with Planned Parenthood’s actions and whether they should or should not be supported by government funds. Congressman Mike Pence, disagrees, along with many other organizations such as The Susan B. Anthony List and Concerned Women for America, and is trying to stop federal funding of Planned Parenthood.

Another aspect to this debate is a glaring bias. Where is the uniformity of federal funding for pro-life organizations? If the federal government is going to fund an entity that is pro-abortion, then it should equally fund an entity that is pro-life. How does one call for a truce on social issues, which would obviously include abortion, when the statutes are inequitable? As James Madison said, “Liberty is to faction, what air is to fire.” Faction is the moral compass that maintains honest measures.

In a Republic there must be freedom to seek the truth. Where is the justice for the unborn child?