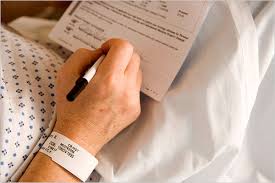 esterday the Arizona Court of Appeals ruled that the legislation passed by Arizona’s legislature in 2009 is constitutional, overturning the previous ruling and injunction issued by the Maricopa County Superior Court. (See complete coverage from Arizona Daily Star.)

After the initial legislation was passed in 2009, Planned Parenthood of Arizona sought an injunction against the law, challenging its constitutionality by claiming that the restrictions it implemented would place an undue burden on a woman’s right to choose abortion. The injunction was awarded by the Superior Court judge, who permitted parts of the law to be enacted, but supressed others. For example, the 24-hour waiting period was implemented, but the initial judge ruled that the first appointment could take place by phone between a woman and her doctor.

Today’s appellate court ruling signals a significant victory for Life in Arizona.  From the Arizona Daily Star’s “At A Glance” review of today’s decision:

The Arizona Court of Appeals Thursday upheld broad restrictions on abortions approved by the Legislature. In a 44-page ruling, the court said it is OK for the state to:

• Prohibit anyone but a licensed physician from surgically terminating a pregnancy.

• Require women to have a face-to-face meeting with the doctor who will perform the abortion at least 24 hours ahead of time.

• Allow medical professionals to refuse to perform abortions, provide certain contraceptives or dispense the “morning after” pill even to victims of rape.

• Mandate that parents’ consent forms allowing a child to get an abortion must be notarized.

With regard to the restriction that only doctors perform surgical abortion, the court opinion stated that even the Supreme Court has upheld certain restrictions in order “to ensure the safety of the abortion procedure.” The appellate court also held that Planned Parenthood did not provide sufficient evidence to show undue burden because of doctor shortages.

Planned Parenthood is already responding with its usual fear-inspiring tactics, claiming that it may have to shut some clinics in Arizona, including some that are closer to the metropolitan areas, if today’s ruling is upheld and the law takes full effect.

In some ways this ruling begins to highlight inherent difficulties and inconsistences of the often-cited mantra of abortion advocates: “Safe, legal and rare.” In order to make abortions safe, by ensuring they are performed by licensed doctors under medically appropriate conditions, limits in service might legitimately occur. This result is necessary to ensure women’s safety. But every time legislation is passed to make abortion safer, Planned Parenthood et. al. appear to to claim that undue burden is being inflicted. 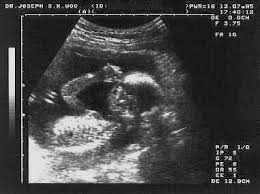 abortionists’ bank accounts) as women are entrusted and empowered with more information and better health care, pro-abortion advocates squirm and cry “foul play.” They also hurl insults at those lawmakers behind these bills, claiming that limits on abortion will send women back to the back alleys and closets.

It makes me wonder: How far have we as women gotten from those back alleys, when butchers like Kermit Gosnell (and more and more) and Steve Brigham (and countless others whose crimes are not yet known) are allowed to prey on women, inflict harm on them and take their money…all because no one cared enough to make sure that women were getting proper, regulated and safe health care?