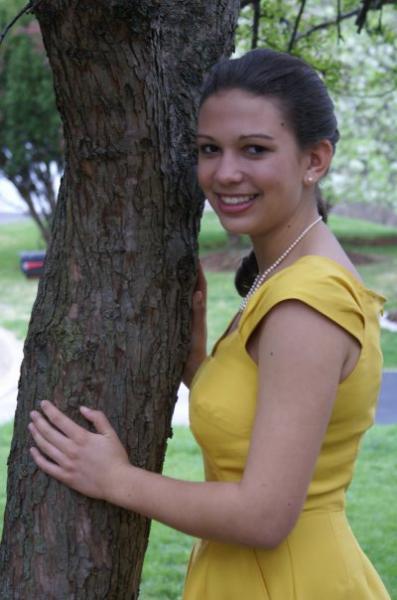 Today, on what would have been her seventeenth birthday, family and friends of Codi Nicole Alexander of Gaithersburg, Maryland, are remembering the beautiful and all too short life of a very special young woman.

Kind, warm, and considerate, Codi was a devoted daughter to Lisa and Bruce Alexander, a helpful older sister to Taylor, Chase, and Brandon, an honor roll student, and talented soccer player. A community leader even as a high-schooler, Codi had recently been elected to the Parish Council at St. Rose of Lima Catholic Church in Gaithersburg, Md., where she also ministered as an alter server, and as Challenge Club leader—leading younger girls in their faith formation.

Codi was also a vibrant and compassionate young leader in the pro-life movement. At school and in her daily life, she was known for never backing down from a debate on Life, and could hold her own—even when she was the lone pro-life advocate in the classroom. Every January, she commemorated and challenged Roe vs. Wade by participating the March for Life. Her beautiful face always stood out in the crowd as she fought against the injustice of abortion.

Last August, Codi’s life was cut tragically short when, on her way home from her job as a lifeguard, she was hit by a car while riding her bike. Five days later, on August 10, 2009, Codi passed away.

With her death, Codi proved to be just as selfless, just as enthusiastic, and just as loving of her brothers and sisters as she had been in life. She left her organs to save others suffering from physical illness, and she left her legacy—to save unborn children from abortion.

Codi understood, with a wisdom and grace beyond her sixteen years, that the fight for Life must be fought on multiple fronts, and that the biggest gains to be made were in the political arena—where pro-life women leaders could enact laws to save lives. This why, a couple of months before her death, at the Susan B. Anthony List June Tea, Codi was ecstatic to meet so many like-minded people, all concerned with protecting the lives of the unborn. A beautiful young leader herself, Codi stood out of the crowd with passion and authenticity in her convictions.

The Codi Alexander Teen Pro-Life Leadership Fund was established in Codi’s honor. The fund will specifically be used to reach out to young teen girls, ages 13-19, and to provide training. This training will teach them how to articulate the pro-life message, learn how to defend their position, and give them the tools to make a difference for the unborn and women.  Moreover, the goal of the Fund will be to inspire young women to take a leadership role in their schools, their communities, and the pro-life movement as a whole.

Codi Nicole Alexander will live on, not just in the hearts of her family and friends, but in the hearts and voices of the next generation of teen pro-Life leaders.

More than 200 attend Vigil for Gaithersburg Teen, The Gazette, 8/14/2009
Gaithersburg Teen remembered for ‘friendship with Jesus’ and Pro-life Views, The Catholic Standard, 9/9/2009