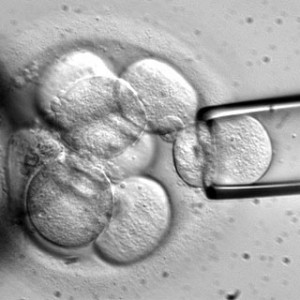 In a Lifenews.com story, Jerry Silver, neuroscience professor and stem-cell researcher at Case Western Reserve University, warns, “Frankly, I cannot conceive of a human trial with the use of human embryonic stem cells following immediately from experiments in rodents only. Many treatments that work in rodents to alleviate disease fail miserably in humans.” Stem cell researchers like Silver warn that success with rats does not necessarily mean that the procedure will be successful in humans. Even in the most recent tests there were side effects on the rats used, which can be found directly from Geron’s website.

Since the FDA has announced the approval of Geron’s bid while major health and moral concerns remain, some people are questioning the motives of Geron, who states “safety” as the primary endpoint in their scientific studies. The timing also seems to suggest political or moral strategy, as Geron announced the FDA’s approval of their embryonic stem cell treatment 4 days into Barrack Obama’s presidency, but has been “on hold” until now. Dr. David Prentice, former biology professor at Indiana State University and fellow at the Family Research Council comments in an article on Life news. “Even many pro-embryonic stem cell scientists have expressed reservations about Geron’s trial, that it is not proven even in rats. The concern for many of us is that Geron is endangering patient’s health and very lives, to make a political point and increase their stock price.”

This recent FDA approval proves that legisltion and funding in our country is moving towards the proven-dangerous and less effective embryonic stem cell treatment, and away from the already successful adult stem cell treatments. This is being done with your money to “progress” medical technology and health care. This is a paradox that no logical tax-paying citizen wants to support.