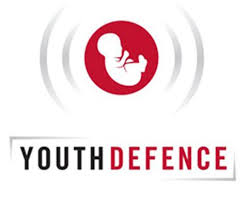 The European court ruled today that the Irish Republic’s refusal to allow abortion was a violation of human rights in the case of a woman whose pregnancy was considered a serious health risk.  The woman in the case had undergone cancer treatment, and while in remission, doctors were concerned that the pregnancy could trigger a recurrence of her cancer.  Some doctors recommended that she have an abortion, however, Ireland has a constitutional referendum which grants an unborn child full rights as an Irish citizen, and therefore makes abortion illegal in any case.

Not only does the court’s ruling violate the rights of the unborn, but it is an affront to the Ireland’s constitution, which in a 1983 referendum granted full rights and citizenship to the unborn.  Ireland’s most active pro-life group, Youth Defence, responded to the ruling, calling it “intrusive, unwelcome and an attempt to violate Ireland’s pro-life laws.”

Niamh Uí Bhriain of the Life Institute admits that although the ruling cannot be practicably enforced, it does cause damage to the moral authority of the European court, which has consistently denied the rights of unborn children.  She states: “This is a high-handed, coercive judgment.  It’s agenda-driven, illogical and refuses to recognise either the medical facts, or the sovereign right of the Irish people to decide on important moral issues.”

There was further outrage when it was implied that Ireland did not grant cancer treatment to pregnant women.   Youth Defence spokeswoman, Rebecca Roughneen, stated her disapproval in a press release following the court’s decision:

“It’s absolutely untrue to claim that pregnant women with cancer can’t be treated in Ireland – what the court refused to recognise was that medical treatment for cancer which causes unintentional harm to the unborn baby is not an abortion, and this treatment is therefore fully accessible to all Irish women.”

The European court failed to make the correct ruling because it failed to acknowledge that proper “treatment” for any illness during a pregnancy, involves the rights of two lives and not just one.  Thankfully, Ireland got it right.