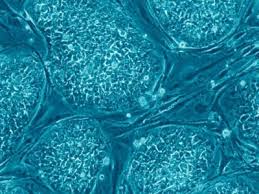 Life News Reports a bill expanding embryonic stem cell funding is unlikely to pass given the commitment Senate Republicans have to filibustering legislation that does not include extension of tax cuts.  This legislation seeks to expand Obama’s executive order by overturning the Dickey-Wicker Amendment.  The 1996 Dickey-Wicker Amendment prohibits the use of federal funds to finance embryonic stem cell research.  If the bill passed, there would be a significant increase in taxpayer dollars funding embryo destructive research.  Two members of the House have been pushing this bill, Rep. Mike Castle a Republican from Delaware and Rep. Diana DeGette a Democrat from Colorado.

Castle remarked today however, “Obviously, with every day that goes by, it becomes less likely” that the bill will pass, and “I’d like to see it happen, but I’m not exactly holding my breath.”  The bill will probably not be voted on before the end of this session of Congress, and the passage of the legislation in the next Congress with a pro-life majority in the House is a long shot.  Castle also said, “It’s evident that absolutely nothing will pass in the next Congress.”