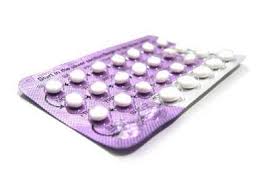 Today the abortion pill Ella, deceivingly marketed as an emergency contraceptive, officially came on to the market in the U.S.

The drug is said to prevent pregnancy up to five days after intercourse, but what the manufacturer doesn’t make clear is that it can also cause an abortion.

Ella, also known as Ulipristal Acetate, works in many of the same way as RU-486.  Ella is a Selected Progesterone Receptor Modulator (SPRM) like RU-486.  It blocks progesterone receptors which can prevent a fertilized egg from implanting on to the uterine wall as well as starving an already implanted fertilized embryo.

Ella is now available by prescription which causes a myriad of concerns not only for unborn children but for their mothers.  There has not been enough research done on this drug and there is much concern about medical problems such as bleeding and infection as is seen in patients taking RU-486 especially since women will take this drug at home with no doctor supervision.  Even worse, the drug is available online which raises even more fears about access and use.

The FDA and drug manufacturer as well as the medical community as a whole needs to be upfront with women and make sure they know that this pill is not an “emergency contraceptive” but an abortion pill extremely similar to RU-486.