Rep. Steve Israel (D-N.Y.) has been named the head of the Democratic Congressional Campaign Committee (DCCC) for the 2012 election cycle. 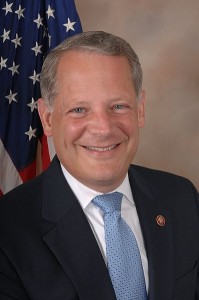 The DCCC oversees re-election of current Democratic members and recruits new members for open seats or to challenge Republicans. As chairman, Rep. Israel will have a lot of power in determining what candidates the party recruits, especially when it comes to their position on abortion.

When taking a look at his record, the prospects of him recruiting authentically  pro-life Democrats such as Rep. Dan Lipinski (D-IL) — do not look bright.

Rep. Israel joined Congress in 2001 and, according to NRLC’s scorecard, has voted pro-abortion 50 out of 51 times (he supported a ban on human cloning), even voting againt the ban on the gruesome partial-birth abortion ban which was supported by 63 Democrats.

Will Rep. Israel be able to put aside his radical pro-abortion beliefs and encourage authentic pro-life Democrats to run for office? Only time can tell, but his record unfortunately indicates otherwise.