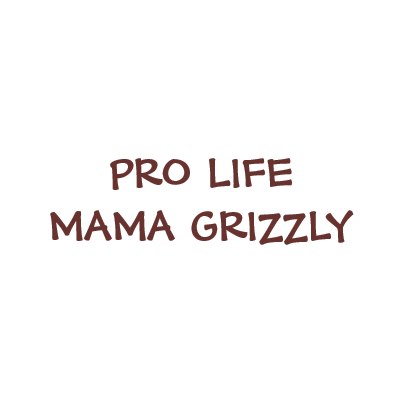 Just in time for the SBA List’s “Conversation on Pro-life Feminism” this morning at The Yale Club in NYC (Which is now available to watch in full), SBA List President Marjorie Dannenfelser had an op-ed on Politics Daily continuing to herald the arrival of the ‘mama grizzlies’:

The day after another remarkable primary there is no question that the political apple cart is thoroughly upset and a realignment is taking place. As the final votes are counted, pro-choice Sen. Lisa Murkowski (R-Alaska) nears defeat to the pro-life Joe Miller, another pro-life attorney general candidate emerges from the Florida Republican primary,
and the tea parties once again displayed their power at the polls.

But the remarkable political trends at work in 2010 involve more than a swing of the pendulum in a conservative direction. Masked by the debate over deficits, health care reform, immigration and “tea parties” is a development of potentially far-reaching significance: the redefinition or, if you will, the restoration of an authentic feminism that is pro-equality, pro-woman, pro-opportunity and pro-life.

Agree or disagree with this contention, pundits from across the political spectrum are taking a fresh look at a key development in Campaign 2010: the nomination and strong competition for major office of vibrant, pro-life women who both embody and embrace a vision of womanhood that bridges the modern feminist divide between motherhood and selfhood.
Evidence of this development is impossible to miss for those paying attention: far greater numbers of highly credentialed pro-life women are running for every level of public office, most notably Senate seats and governorships. In several high-profile races, the question of authentic feminism is argued by the candidates themselves as in the Boxer-Fiorina Senate race in California. A haven for abortion-centered feminism may see its 17-year incumbent and ardent modern feminist knocked off by a strong, pro-life, successful CEO who fits the roots of feminism far more closely.

The emergence of a restored, authentic feminism could not be timelier: Aug. 26, 2010, is the 90th anniversary of when the final state ratification was forwarded to Washington, D.C., and the 19th amendment to the Constitution enacted Women’s Suffrage into law. Nine decades after that historic event, the 2010 midterm elections are emerging as the “year of the pro-life woman.”
In academic, political and media circles and in the hearts of many women, an honest assessment is underway on the meaning of authentic women’s leadership. The modern feminist movement helped to make enormous strides in advancing the economic rights of women, and in creating opportunities and legal protections in the workplace, athletic arenas, academia, and other areas of endeavor. But it did so at the profound cost of dividing women and diminishing their exceptional creative power as bearers and protectors of human life.

Evidence supports the fact that the “founding feminists” of the 19th century did not expect or desire this division. Susan B. Anthony’s newsletter, “The Revolution,” refused to carry advertisements for abortifacients, a potential source of significant revenue in its day, and regularly denounced abortion and infanticide. Anthony’s Quaker background informed her perspective and kindled her passion. She abhorred the oppression of any human being, opposing abortion and drunkenness as tools of male oppression. But the masthead of her newsletter read: “Men, their rights and nothing more; women their rights and nothing less.” She did not believe building rights was a zero sum game, but that all humanity’s rights flourish when all are observed. Women’s rights grew because of this view, not out of a call to restrict those of unborn children and men.

Today, despite this history, few terms provoke more animated debate than “pro-life feminism.” Defined in much of the academic and mainstream media as a core principle of contemporary feminism, the idea of abortion rights has spurred many women, who otherwise embrace the ideals of equality of opportunity, to reject the label of “feminist.” But increasingly the number and strength of the pro-life women rising in business and elsewhere — and now emerging as candidates for offices from mayor, to governor, to member of Congress, to U.S. senator — are forcing a profound reconsideration.
A renewed, redefined feminism evident in this election cycle’s trends witness the flowering of the natural roots of feminism. If those trends continue, 2010 will be the “Year of the Pro-Life Woman.”