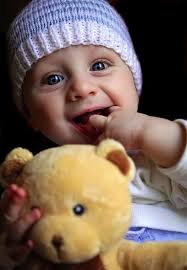 Another county has slashed taxpayer funded abortion for government employees according to Life News.  Wake County, North Carolina is the latest locality to cut these funds following Kent County in Grand Rapids, Michigan.  In Wake County, government employees have had access to taxpayer funded abortion since 1994.  This resolution passed only 4-3 and was met by some disagreement.

Life News wrote, “Melissa Reed of Planned Parenthood, the Public record says, spoke during the comment section of the meeting and decried the decision. ‘Stan versus NC makes it clear that it is perfectly legal to offer [elective abortion] care to your employees,” said Reed. “You are inserting big government into our most personal issues.’”

Abortions are now available only in a case of rape, incest, or protecting the mother’s life.  Blue Cross Blue Shield of Michigan is the county’s primary self-funded insurance plan, which has funded 13 abortions totaling $5,601 since 2004.  The change goes into effect January 1st.  This was one of the first things new Chair of County Commissions, Paul Coble and Commissioner, Phil Matthews, proposed the board to vote on.