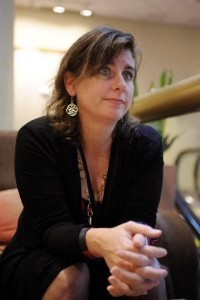 Newsweek’s article on the 10 leaders of the “Christian Right” lists Susan B. Anthony List President, Marjorie Dannenfelser, as a member of what it calls a “potent force in American politics.” The 10 leaders include Family Research Council’s Tony Perkins and pro-life Robert George alongside Marjorie Dannenfelser. “Many of the leaders listed are Catholics, reflecting the success of an effort beginning in the 1980s between Catholics and evangelicals to forge ties over shared priorities, like curtailing abortion rights.”

Newsweek had the following to say about Marjorie:

Dannenfelser leads an organization that isn’t explicitly religious but draws its support from many conservative Christians. Once a pro-choice, moderate Republican, Dannenfelser about-faced in college, becoming anti-abortion at the same time she left the Episcopal Church to become a Catholic.

Today, she heads the Susan B. Anthony List, which she founded out of her house in 1991. The political-action committee, which gives money to pro-life candidates, has quietly become one of the nation’s preeminent anti-abortion groups, making it the standard-bearer for one of the religious right’s central issues. And she has the ear of evangelical rock star and potential 2012 candidate Sarah Palin, who headlined an SBA List fundraiser in May 2010.

Both LifeNews.com and Jill Stanek have joined us in congratulation Marjorie for her great work. Jill Stanek offered the following on her blog this week: “congratulations to Marjorie Dannenfelser, founder and president of the Susan B. Anthony List, for receiving recognition she deserves, particularly after her group’s amazing success during the 2010 election season.” Way to go Marjorie!