Over the weekend, the Votes Have Consequences Express hit the Indiana State Fair where the staff enjoyed eating different foods you can only find at a decent state fair: 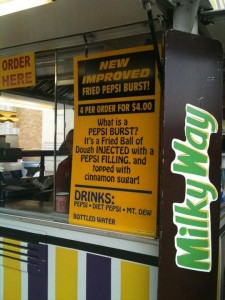 On Sunday, the bus headed to Toledo, Ohio where it met up with local pro-life activists for a cook-out.

Besides her own spin, Dahlkemper supporters organized by Catholics United, a pro-abortion front group funded by pro-abortion billionaire George Soros, who also funds Planned Parenthood, NARAL and NOW, came to our stop in Erie and followed the bus to our additional stops: 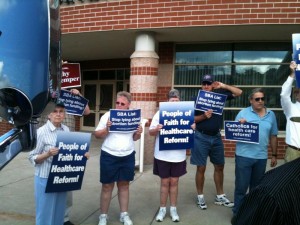 More on them later.

Luckily, four times as many local pro-life activists were there to support their local speakers including Tim Broderick, director of People for Life; Abigayle A. Koller, team facilitator of Rachel’s Vineyard; Marielle Lafaro, first vice president of People for Life, and Ed Franz, former candidate for U.S. House of Representatives in Pennsylvania’s 3rd District: 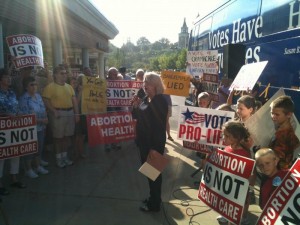 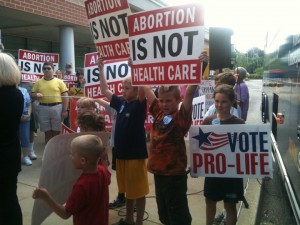 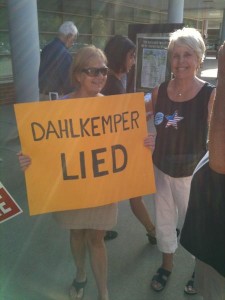 And here’s a great shot from our stop in Meadville: