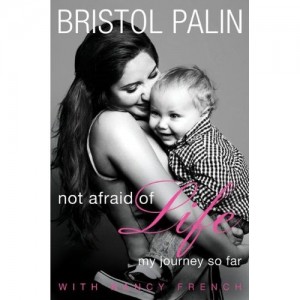 Bristol Palin—who has been in and out of the media spotlight ever since her surprise pregnancy emerged during her mother’s campaign—released her side of the story this week in her memoir Not Afraid of My Life: My Journey So Far.  Though a number of negative reviews have already surfaced (many of which question her writing a memoir at age 20), few have applauded her humble honesty.

Despite the consequences, Palin chose life for her son, Tripp—and being under the scrutiny of an unimpressed media was not easy, as Palin details in her memoir. Though she was the victim of many a judgmental tabloid, she is the first to admit her mistake, writing: “All of my plans, my promises, and my moral standards had disappeared in one awful night in a series of bad decisions.”

Bristol Palin is no role model of prudence, to be sure. As she said in an interview about the book, “I’m just looking back with the adult eyes I now have and just thinking, ‘That was a foolish decision.’” However, her openness about her regrets is a lesson for teenage girls facing the same issues; and with luck, some may learn from her mistakes instead of their own.