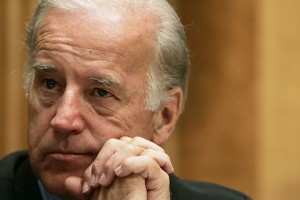 While visiting China over the weekend, Vice President Joe Biden pandered to Chinese officials with regard to the One-Child Policy, saying:

“Your policy has been one which I fully understand — I’m not second-guessing — of one child per family. The result being that you’re in a position where one wage earner will be taking care of four retired people. Not sustainable.”

Really, Mr. Vice President? You’re not second guessing a policy that has resulted in untold numbers of forced abortions, forced sterilizations, outrageous fines or even jail time for families that dare to defy the law, and a gender imbalance crisis?

Women leaders in the pro-life movement were quick to condemn the Vice President’s statements, including SBA List President Marjorie Dannenfelser who told the Daily Caller:

“The Vice President’s comments supporting China’s one-child policy completely disregards the human suffering which results from government-forced abortion and gender selection. Rather than pandering to the leaders of a country, who routinely violate the dignity of women and children, Vice President Biden should be doing much more than second guessing the policy, he should be outright condemning it.”

“I’m deeply troubled by the comments reportedly made by the Vice President yesterday regarding China’s reprehensible one-child policy, which has resulted in forced sterilizations and coerced abortions and should not be condoned by any American official. No government on Earth has the authority to place quotas on the value of innocent human life, or to treat life as an economic commodity that can be regulated and taken away on a whim by the state…”

Vice President Biden’s remarks are a sad confirmation of this Administration’s lack of respect for human Life both at home and abroad and unwillingness to see the distinct connection between respect for Life and a prosperous economy.