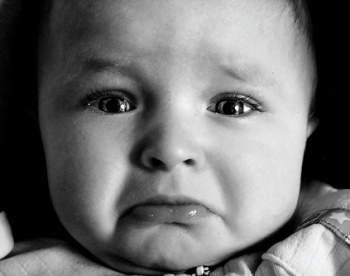 This week CNN reported a ‘baby-trafficking’ scandal which involved illegal surrogacy. Hilary Neiman and Theresa Erickson, “two of the most prominent fertility lawyers” were at the head of this operation. Impregnated surrogates were forced to wait until the second trimester to have adoptive parents and this is only after the baby has been auctioned off to the highest bidder, sometimes for up to $180,000. Parents were told these were “designer babies in race and gender.” FBI agent Keith Slaughter told CNN “Trafficking in human life without having a parent ahead of time is really, I think, quite troubling.”

In vitro fertilization (IVF) first began in 1978 and since then has become a very lucrative industry. The number of IVF births per year more than doubled in the following decade, exceeding 57,000 in 2007, according to Centers for Disease Controls. The industry needs to be studied more. Surrogacy is seldom addressed and requires more oversight and regulation. Though the operation Neiman and Erickson ran sounds unethical the only legal mishap this agency ran into was the fact that parents were not found until after the second trimester and California law requires that parents be found before the baby is implanted. “Erickson broke the law by having the surrogate impregnated before the contracts were signed. But commercial surrogacy, whether done legally or Erickson’s way, is still selling babies. Just because something is legal doesn’t make it ethical.” The idea that children are being treated as a commodity and expendable is disheartening.

The Federal Bureau of Investigation (FBI) had been conducting an investigation on this agency for some time and according to CNN at least 12 surrogates were involved in this scam. Carla Chambers worked with Neiman and Erickson in this scam as they preyed on women and potential surrogates for over four years selling babies to the highest bidder. Millions were pocketed in this scheme which produced twelve babies if not more. Chambers, Neiman, and Erickson pleaded guilty to wire-fraud and conspiracy and now face a maximum of five years in prison and a $250,000 fine. Since these women pleaded guilty officials are recommending home detention and they must pay restitution. The illegal operation has been shut down.