Rep. Bachmann, Cain, and Gov. Romney all pledged to select a pro-life vice-president for their ticket if nominated. Rep. Paul and Speaker Gingrich were not asked this question.

Following the debate, Sen. Jim DeMint joined SBA List President Marjorie Dannenfelser at our post-debate reception to discuss the presidential field and candidates with SBA List supporters. Thank you to everyone who attended the reception! 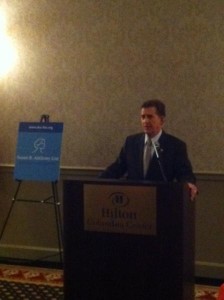 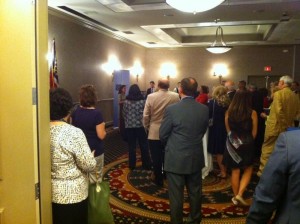 Check out clips of each candidate’s response to questions posed concerning their pro-life stance: