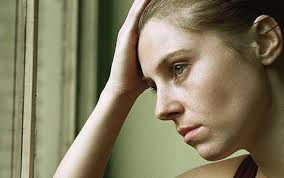 Over at The Weekly Standard, George Mason University Law professor and close friend of the SBA List, Helen Alvaré writes:

As everyone waits with baited breath to see if there will be a federal government shutdown, few have closely examined one of the bigger sticking points in the budget debate: Funding for Planned Parenthood. In mid-February, the House voted to defund Planned Parenthood by a vote of 240 to 185. Meanwhile, in the upper chamber, forty-one senators have pledged to oppose any spending bill that threatens defund the organization.

The organization is deeply concerned about losing federal funds. Startled by the intensity of the campaign on Capitol Hill to defund its work, Planned Parenthood is fighting back with a series of TV ads branding itself as a women’s health care organization. One ad features a middle-aged white woman who says she is alive today because Planned Parenthood diagnosed her cervical cancer. Contraception? Not even mentioned. Abortion? Nowhere in sight. Instead Planned Parenthoods describes itself as a leader in the fight against cancer and HIV.

Planned Parenthood’s stance on abortion is also fairly characterized as aggressive. A review of every reported lawsuit in which Planned Parenthood has been a party over the last 50 years indicates that they hold legal and cultural opinions on abortion very far removed from what Americans understand to be the “common ground” shared between most pro-life and pro-choice citizens. Planned Parenthood has sued to stop laws securing parents’ involvement in their minor girls’ abortions, laws requiring full informed consent and waiting periods before abortion, laws banning “intact dilation and extraction” (a.k.a. “partial-birth”) abortions, and safety regulations setting time-limits for the use of abortion-inducing drugs. They have also sued to limit the expansion of crisis pregnancy services offering free help to low-income, pregnant women who wish to give birth.