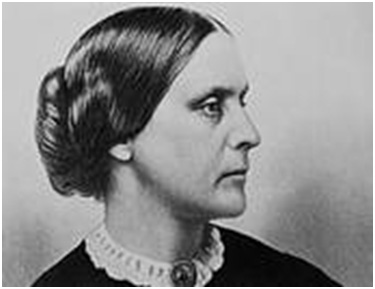 What happens when some groups are no longer seen as important as other people? Freedom has obligations. Soldiers in the American War of Independence and our service men and women today still continue to fight so that others may experience the freedom that they enjoy. People travel across the country every January for the March for Life to advocate for the rights of the unborn. We as a people have worked and must work tirelessly to promote the freedoms entitled to each individual of our society. We must strive to protect the inalienable rights of life, liberty, and the pursuit of happiness, which were so eloquently written by our Founding Father Thomas Jefferson.

Why have Americans fought for the rights and believed in the value of all people? Not only was Susan B. Anthony prolife, a suffragette, and a women’s rights activist, she was also a strong advocate for abolition. Despite the fact slaves were bought, sold, treated like property, and completely vulnerable to the decisions of their masters, Anthony saw the value in these people and fought for their rights as human beings, even though she was not a slave, nor an African American.

Why did she care? She cared, because a threat to the life, liberty, and pursuit of happiness of slaves was a threat to her own freedom. If a nation could get away with suppressing the rights of the most vulnerable, how would it ensure the rights of women, who were also vulnerable to the misdeeds of the more powerful members of society?

Protecting the lives of the unborn is not about choosing the life of the child over its mother. It is not about forcing a woman to carry a child she does not want. It’s about ensuring that every member of society has the first and most important inalienable right to life, so that he or she can then enjoy liberty and the pursuit of happiness. If one is robbed of these rights because they are vulnerable, what stops the rest of us from losing our freedoms?