One of the few states to maintain an “A” grade from NARAL is considering regulations for abortion clinics. According to reports from a variety of news outlets last week, the Maryland Department of Health and Mental Hygiene is accepting informal public comment on new state regulations that would (finally) place some regulations on clinics performing surgical abortions in the state.

According to Gazette news, the draft regulations (full text) require:

“that doctors ensure every patient has a physical exam, that everybody in the clinic is properly licensed and trained, and it requires clinics to have a plan for when something goes awry.”

Bad publicity mixed with common sense may be the impetus for implementing these bare bones, yet essential regulations. Late-term abortionist LeRoy Carhart moved to Maryland after Nebraska enacted more stringent regulations on late-term abortion. Steve Brigham, an abortion provider who routinely endangered the lives of countless women, was discovered to have 35 late-term babies’ bodies in a freezer in a Maryland clinic, but with “records” for only two bodies.  Finally, according to Gazette news, during an investigation of a woman severely injured during an abortion procedure by an unlicensed physician in Elkton, MD, state officials realized that they had no authority under current state regulation to enter the facility and verify the credentials of its employees. [In that same article, a Maryland official was even quoted as saying: “We don’t know where the sites are unless we look in the Yellow Pages.” ]

Clearly, the lack of regulation in Maryland has already done irreparable damage. If these regulations are enacted, it would be a tremendous step in a positive direction. However, after the period of public comment the draft regulations will be reviewed by a joint committee with members from both houses of the state legislature, led by Delegate Anne Healey (D – Dist. 22) of Hyattsville, before being enacted. 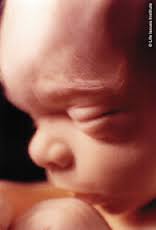 The battle for Life is Maryland is already heating up after weeklong dueling protests in Germantown outside of LeRoy Carhart’s abortion facility. If you are a Maryland resident, consider reading the draft regulations and submitting comments to the Maryland Department of Health and Mental Hygiene (contact info for Maryland DHMH or you can also contact Michele Phinney, Director of the Office of Regulation and Policy Coordination).

NOTE: the deadline for informal public comment is August 18th.