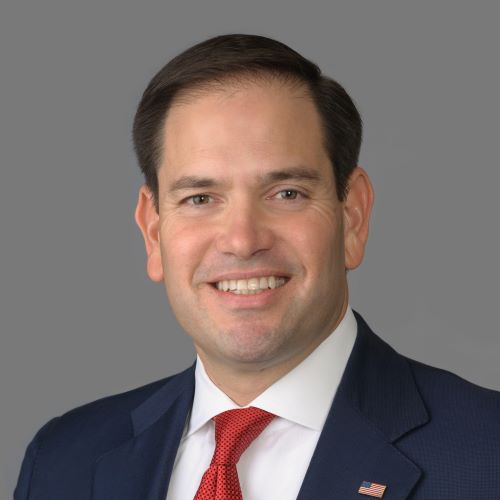 Senator Rubio has voted consistently to protect the lives of unborn babies and infants as well as the consciences of taxpayers who don’t want their hard-earned tax dollars paying for abortion domestically or internationally. While the pro-abortion majority in the U.S. House of Representatives continually sends the Senate bills that roll back pro-life protections, the Senate has made it their priority to confirm judges and justices who will respect the constitution and leave legislating to the legislative branch.

Senator Rubio introduced S. 119, the Child Interstate Abortion Notification Act. During negotiations of the CARES Act, Senator Rubio led the effort to ensure that taxpayer dollars would not bail out affiliates of certain abortion providers. He co-led a bicameral letter to ensure the Small Business Administration implements the qualifications that would exclude Planned Parenthood affiliates from receiving forgivable loans through the "Paycheck Protection Program." When Planned Parenthood affiliates wrongfully applied for and received PPP loans anyway, he quickly led another letter to the Small Business Administration demanding answers and prosecution for any misconduct.