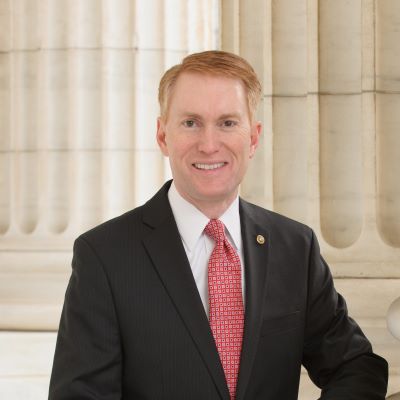 117th Congress
Senator Lankford has stood up against extremist nominees of the pro-abortion Biden-Harris administration, against pro-abortion action both in the administration and through legislation advanced by Majority Leader Chuck Schumer. Sen. Lankford has voted consistently to defend the lives of the unborn and infants. This includes stopping hard-earned tax dollars from paying for abortion, whether domestically or internationally, and protecting health care provider rights for those who refuse to engage in brutal abortions.

Senator Lankford chairs the Senate Values Action Team. He objected to the Democratic attempt to pass H.R. 5, the Equality Act, which could cement a “right” to abortion in federal law; led an amendment to H.R. 1799, the PPP Expansion Act, to prohibit Planned Parenthood from receiving subsides in the form of forgivable loans under the Paycheck Protection Program; offered an amendment to S. 937, the COVID-19 Hate Crimes Act, to address discrimination abortions committed based on race, ethnicity, color, national origin, sex or disability; and introduced S. 401, the Conscience Protection Act, which would protect health care providers that refuse to participate in abortions based on religious or moral convictions. He also co-led a letter to Attorney General Merrick Garland and HHS Secretary Xavier Becerra demanding answers about their reasons for dropping a lawsuit against the University of Vermont Medical Center, which violated federal law by forcing a nurse to assist in an abortion despite her objections. Sen. Lankford held a press conference ahead of the confirmation of Xavier Becerra, highlighting his extreme, pro-abortion record, violation of conscience protections, and lack of qualifications to lead the Department of Health & Human Services. During a Finance Committee hearing, Sen. Lankford also pressed Becerra on whether taxpayer dollars are being used for unethical NIH-funded experiments involving human-animal chimeras. Sen. Lankford introduced two amendments to S. Con. Res. 5, the Budget Resolution: one that allows states to exclude abortion businesses from participation in state Medicaid programs, and another that prohibits health care providers who refuse to perform abortions or offer abortion coverage from being penalized or discriminated against by having funding withheld. Similarly, he offered and passed an amendment to S. Con. Res. 14, the following Budget Resolution, which showed the sense of the Senate that Hyde protections should apply to the reconciliation bill. He sent a letter demanding that Google stop silencing pro-life views and reverse unjust censorship; and sent letter to DOJ, HHS, and NIH, demanding investigation into unethical fetal tissue experimentation and research at federally funded University of Pittsburgh. He sponsored S.Con.Res. 17, a resolution commemorating the anniversary of the signing of the Geneva Consensus Declaration. He also published a memo highlighting abortion funding in H.R. 5376, the Build Back Better Act. Sen. Lankford spoke outside the Supreme Court at the pro-life rally on the day of Dobbs oral arguments, and organized and gave speeches defending life during a Senate press conference and colloquy on the eve of the Dobbs Supreme Court case.

116th Congress
Senator Lankford has voted consistently to protect the lives of unborn babies and infants as well as the consciences of taxpayers who don’t want their hard-earned tax dollars paying for abortion domestically or internationally. While the pro-abortion majority in the U.S. House of Representatives continually sends the Senate bills that roll back pro-life protections, the Senate has made it their priority to confirm judges and justices who will respect the constitution and leave legislating to the legislative branch.

Senator Lankford is Chair of the Senate Values Action Team, which advocates for issues including life and conscience protections. He is the sponsor of S. 183, the Conscience Protection Act. Senator Lankford led the effort in appropriations to ensure that international family planning money could not go to organizations that perform or promote abortion. He also led a bicameral amicus brief with Congressman Andy Harris in support of the Trump administration’s Conscience Rule issued in November 2019, and an amicus brief with Congresswoman Vicky Hartzler in support of the Little Sisters of the Poor Supreme Court case. Senator Lankford participated in debate on the Senate floor in favor of S. 311, the Born-Alive Abortion Survivors Protection Act and S. 3275, the Pain-Capable Unborn Child Protection Act. He also led a bicameral letter with Congresswoman Cathy McMorris Rodgers to USAID Administrator Barsa, urging enforcement of the Siljander amendment, which prohibits funding for lobbying for or against abortion.