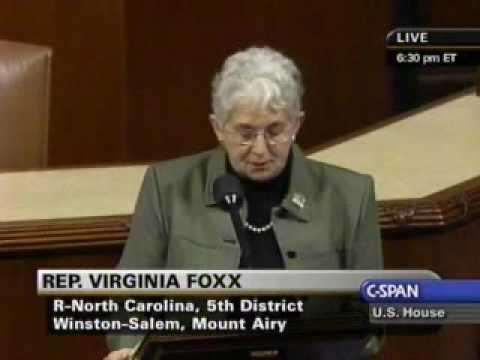 While speaking on the House floor about radical pro-abortion nominee Dawn Johnsen, Rep. Virginia Foxx (R-NC) sheds some light on how Dawn Johnsen views motherhood. Johnsen holds radical views not only on abortion, but she also holds a contempt for motherhood itself. Her bizarre legal reasoning is far too dangerous for the Office of Legal Counsel.

Dawn Johnsen represents a radical change that we cannot afford to have in our legal system.

Help stop her nomination today by contacting your Senators and telling them to vote NO on the nomination of Dawn Johnsen.

If you are a part of our Indiana team, you can play a special role in fighting the nomination of Dawn Johnsen, as a native of Indiana. Please join other Hoosiers Against Johnsen and let your Indiana Senators know that Dawn Johnsen is the wrong person to head the Office of Legal Counsel.