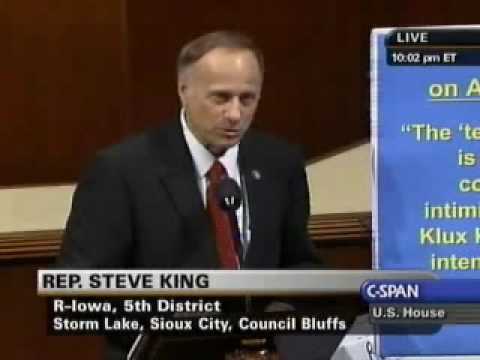 In a special order on the floor of the House of Representatives, Rep. Steve King (R-IA) talks about the radical nature of Dawn Johnsen, President Obama’s nominee for the Office of Legal Counsel. He highlights one of her most outrageous statements in which she compares peaceful pro-life demonstrators to terrorists and the KKK.

Dawn Johnsen comes with a history of pro-abortion activism, having previously worked for NARAL. This quote proves that her allegiances to the abortion industry still dominate her legal opinion, rather than blind justice.

Dawn Johnsen represents a radical change that we cannot afford to have in our legal system.

Help stop her nomination today by contacting your Senators and telling them to vote NO on the nomination of Dawn Johnsen.

If you are a part of our Indiana team, you can play a special role in fighting the nomination of Dawn Johnsen, a native of Indiana. Please join Hoosiers Against Johnsen and let your Indiana Senators know that Dawn Johnsen is the wrong person to head the Office of Legal Counsel.